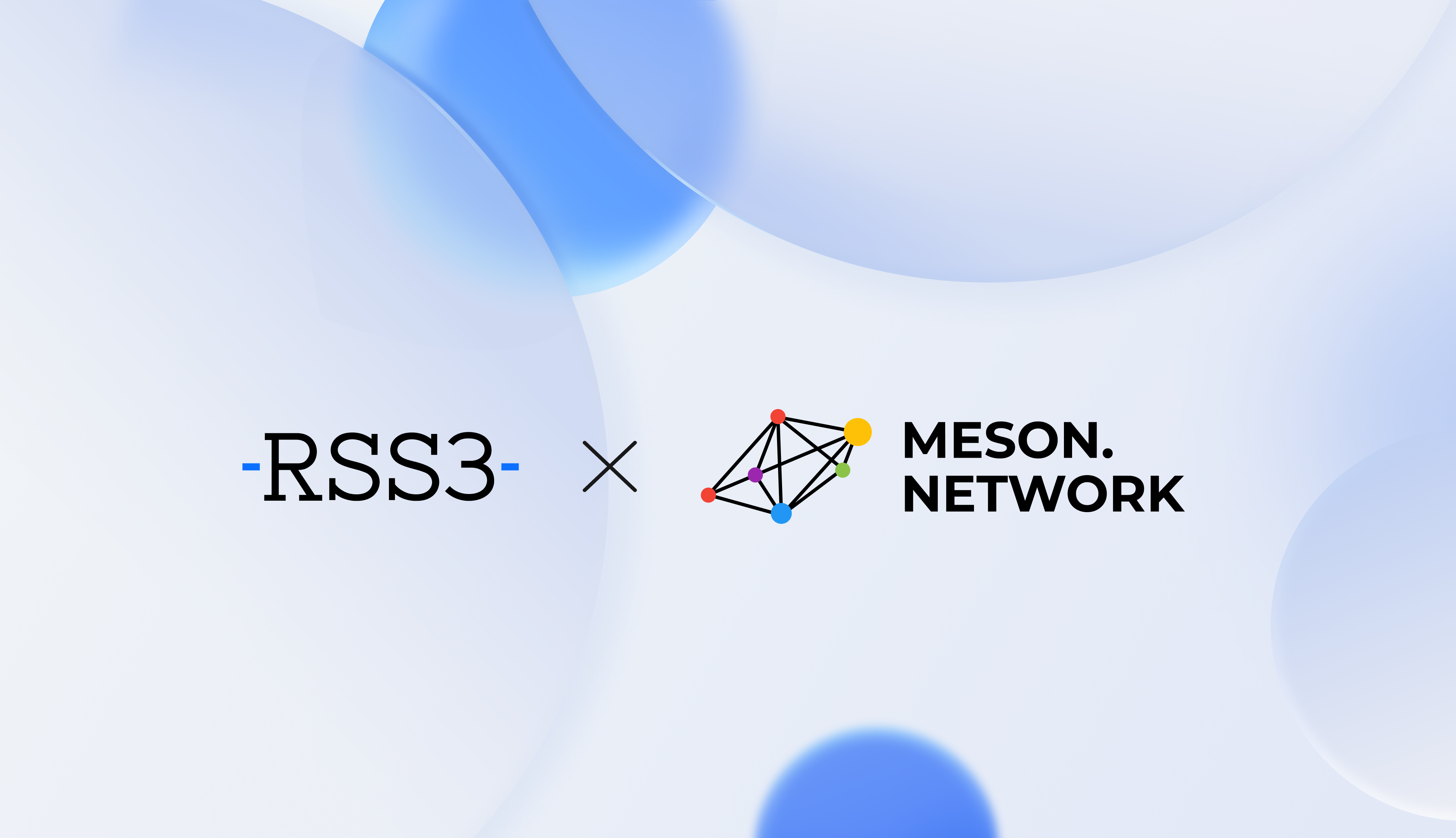 Many third-party applications will request RSS3 for static resources. Therefore, maintaining a high standard of stability on Content Delivery Networks is critical for the team. By integrating Meson Network’s decentralized CDN, now RSS3 could not only accelerate static files and content in a faster way keep a premium customer experience but has also achieved a fully decentralized networks frame.

Meanwhile, Meson Network has been using the Revery solution provided by RSS3 to distribute social content such as Twitter messages to various platforms, which has massively expanded its global distribution channels already.

“The world has been long waiting for a decentralized network for bandwidth, and Meson does exactly that. One would be surprised when first looking at the bandwidth cost of any major web platform. By utilizing blockchain and related decentralized technologies, Meson is now able to create this market, whereas platforms would save costs while long-tail nodes would profit. We believe that Sherlock and his team will make a significant contribution to the future of the decentralized web.”— Joshua, Co-Founder & CEO of RSS3

“As a user of RSS, I find that the content of the Internet is now deposited on various platforms and thus forms data silos. In the Web3.0 era, a similar thing is happening. All kinds of data are deposited in different public chains, different social systems, different data structures, and indexing methods. Seeing RSS3’s product, Joshua and his team have a chance to connect and combine data that is lying dormant in various domains, creating greater possibilities for the Web3.0.”— Sherlock, Co-Founder & CEO of Meson Network

Both projects’ founders also discussed the cooperation on user privacy protection etc., in order to change the picture of web2 companies’ constantly compromising on users’ rights. At present, traditional CDN players such as AWS will record the user’s access data on the servers, but Meson Network is doing quite the opposite, all customers’ data will be owned by themselves, while with 30,000 + independent IP acceleration nodes, Meson Network is able to support RSS3 deliver more decentralized products in nearby future soon.

Meson Network is committed to creating an efficient bandwidth marketplace on Web3, using a blockchain protocol model to replace the traditional labor-based sales models, consolidating and monetizing idle bandwidth from long-tail users at a low cost. Meson Network is the foundation of data transmission for decentralized storage, computation, and the emerging Web3 Dapp ecosystem.